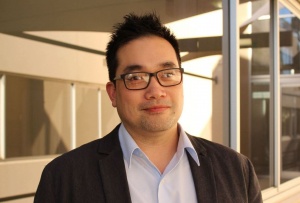 Or Aroonsiri has been practicing as design and project engineer for over 20 years with experience in designing structures using reinforced and post tensioned concrete, steel and timber. He is experienced in all stages of projects from concept design to documentation and construction supervision.

Since graduating from The University of Adelaide in 1994, Or has worked on a variety of projects in Melbourne and Adelaide, both as design and project engineer. He also had worked overseas in Thailand as a project engineer.

Highlights of his career to date include design of Fairview Green and Pasadena shopping centres in Adelaide. He also was a design engineer of post tensioned floor structures for a number of multistorey apartments and offices in Adelaide and Melbourne. Other significant projects in which he was a design engineer included expansion of steel structure facilities for Yalumba Winery, Woolworths at Walkerville and the d’Arenberg Cube project at McLaren Vale.

In his spare time, he likes to spend time with his wife and daughter and often walks his dog around the park. He also plays a pretty crafty game of Badminton on the weekends.